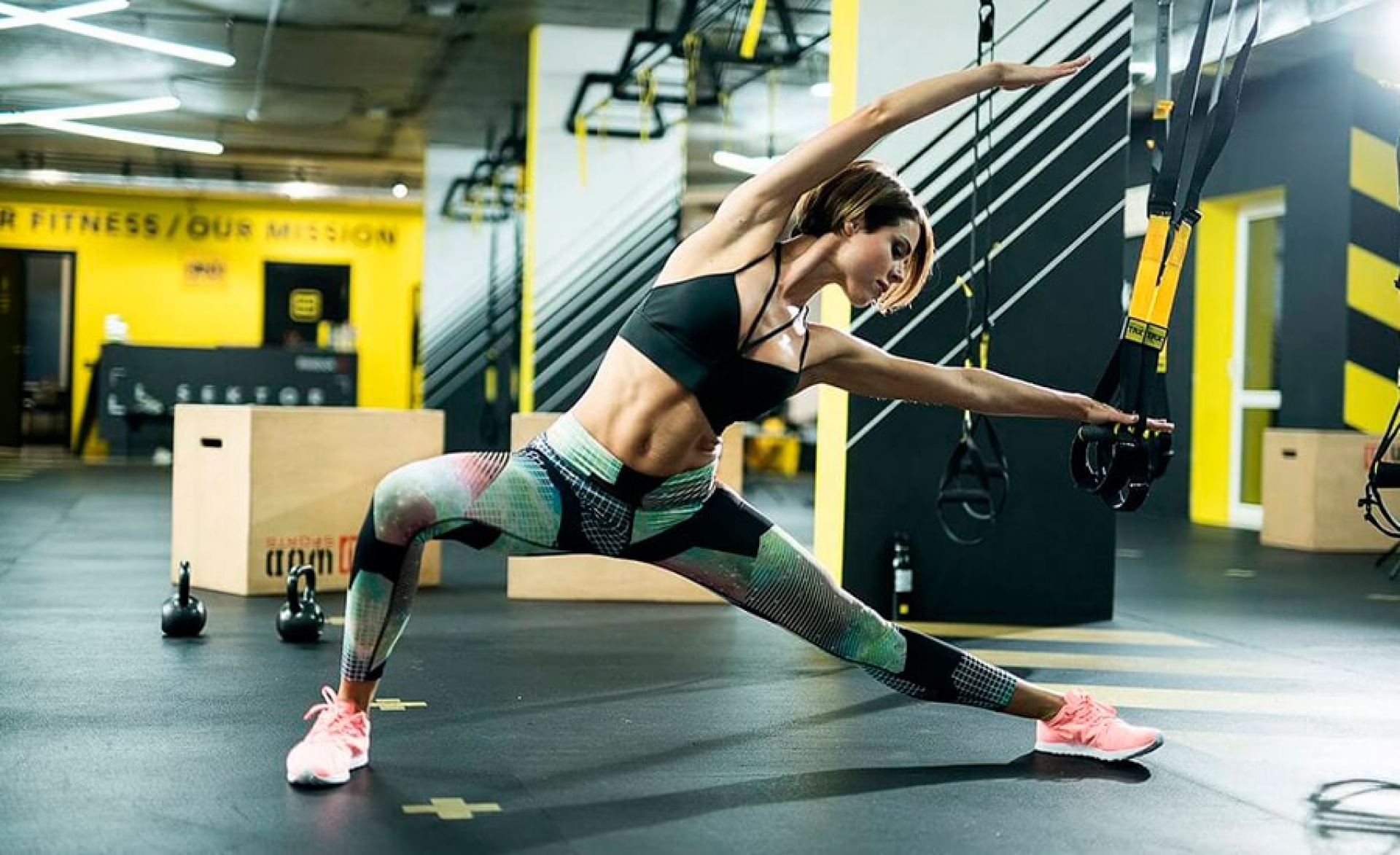 TRX causes addiction and even slightly a sense of grandeur. It seems that you are practically a Marvel super-hero or at least a special agent of the British intelligence services. With such muscles and dexterity! If you are not in the fan club of the straps yet, it is high time to join. Everyone who has developed a passion for TRX, achieved impressive results. By the way, it concerns not only relations with the body. Randy Hetrik who has actually invented TRX has gone all the way from a navy seal to businessman. Using only jujitsu belts and parachute straps, he created an entire fitness culture – as well as the most mobile exercise equipment in the world.

“I learned that if you don’t buy into the view of «if I screw up, I am done» you realize that failure is part of the process of getting where you want to go”.

How Svitlana Luchkina, the ideologist of L sektor, got hooked on TRX

Fitness and especially TRX have not appeared in my life early on. There was a time when I worked as the group programs instructor and happened to get into a TRX master class. It wasn’t love at first sight though. I needed a lot of time to understand that we were meant for each other. Yaroslav Soynikov’s certification became the decisive factor. Two and a half years ago I started outdoor trainings. Back then nearly all fitness clubs in Kyiv had TRX straps but nobody used them there – at the time when TRX was worshipped in the US, where big TRX studios opened

I needed to become not just a trainer, but an enlightener, and it turned out Ukrainians were in need effective trainings with a “come, plank, lose weight” model, same as Americans a few years before. In one year I managed to launch the L sektor project and gathered a team of professional trainers. I still envy myself. We have passed different conditions — basements, dripping ceilings and cold rooms, but the passion of TRX fans was only growing. It is that case when at the training you forget about time and space, there’s only you and your body. When we finally found a training studio, we realized that there are too many TRX-dependent people in our club – our training studio became too cramped.

TRX training club grew from the idea that sports should not just be a once-a-week gym visit, but a part of your life. Indeed TRX turns fitness into a habit. Every time you have an opportunity to choose something new — more difficult, faster, more active or the opposite – more static exercises and quiet stretching. Everyone can work out with straps: the elderly, teenagers, athletes, and people after injuries. And the most pleasant thing is that TRX develops your body evenly, creating 3D movement.

Just imagine, every day we have 6 different trainings with the main part belonging to TRX straps, and with 15 to 30 people working out at the same time. People won’t stop smiling after all these exercises and sets. TRX really changes your body and the attitude to yourself. Today we are happy to have practically become the trendsetters in Kyiv and other Ukrainian cities. There are more and more clubs, studios, training classes, gyms, hubs where TRX is essentially their philosophy.

We believe in one more push